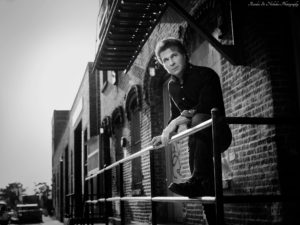 Frank Shiner, a Chappaqua resident, and blue-eyed soul singer, will be performing a fundraiser at the performing arts center on April 22. Shiner is donating 100 percent of the ticket sale profits to the Friends of the Chappaqua Performing Arts Center.

The town purchased the Wallace Auditorium, which is located at the Reader’s Digest property. Shiner was selected to join the New Castle Arts And Cultural Committee, which was formed to help bring arts and culture to the area, and develop and restore the new performing arts center.

The center has upgraded to a state of the art sound system and installed a movie projector. The box office and concession stand are also being installed. John Fanelli, the founder and director of the Lighthouse Youth Arts Center, will be running the theater.

“We’re really excited,” Shiner said. “We hope to get acts from all over the world, from music to comedy to theater to lectures.”

The theater seats 425 people. Shiner said he hopes the place is a nice compromise for acts too small to play the Tarrytown Music Hall, but too big to play other smaller venues.

“Unfortunately, the whole world is lacking in arts and culture,” Shiner said. “With all the politics and negativity going around, the one thing we can all agree on is we like to be entertained. What’s the world without entertainment?”

Shiner said he hopes the Chappaqua Performing Arts Center helps put the hamlet on the map for arts and culture like the Jacob Burns Film Center has done for Pleasantville.

“There are so many things we are thinking about doing,” Shiner said. “It’s going to be a tremendous asset for Chappaqua.”

“It’s a collection of songs about love, but they’re not all love songs,” Shiner said. “Everyone can relate to some kind of love. It’s a universal theme.”

To celebrate the opening of the theater, La Jardin is offering a prix fixe menu and will be donating 10 percent to the Friends of the Chappaqua Performing Arts Center.