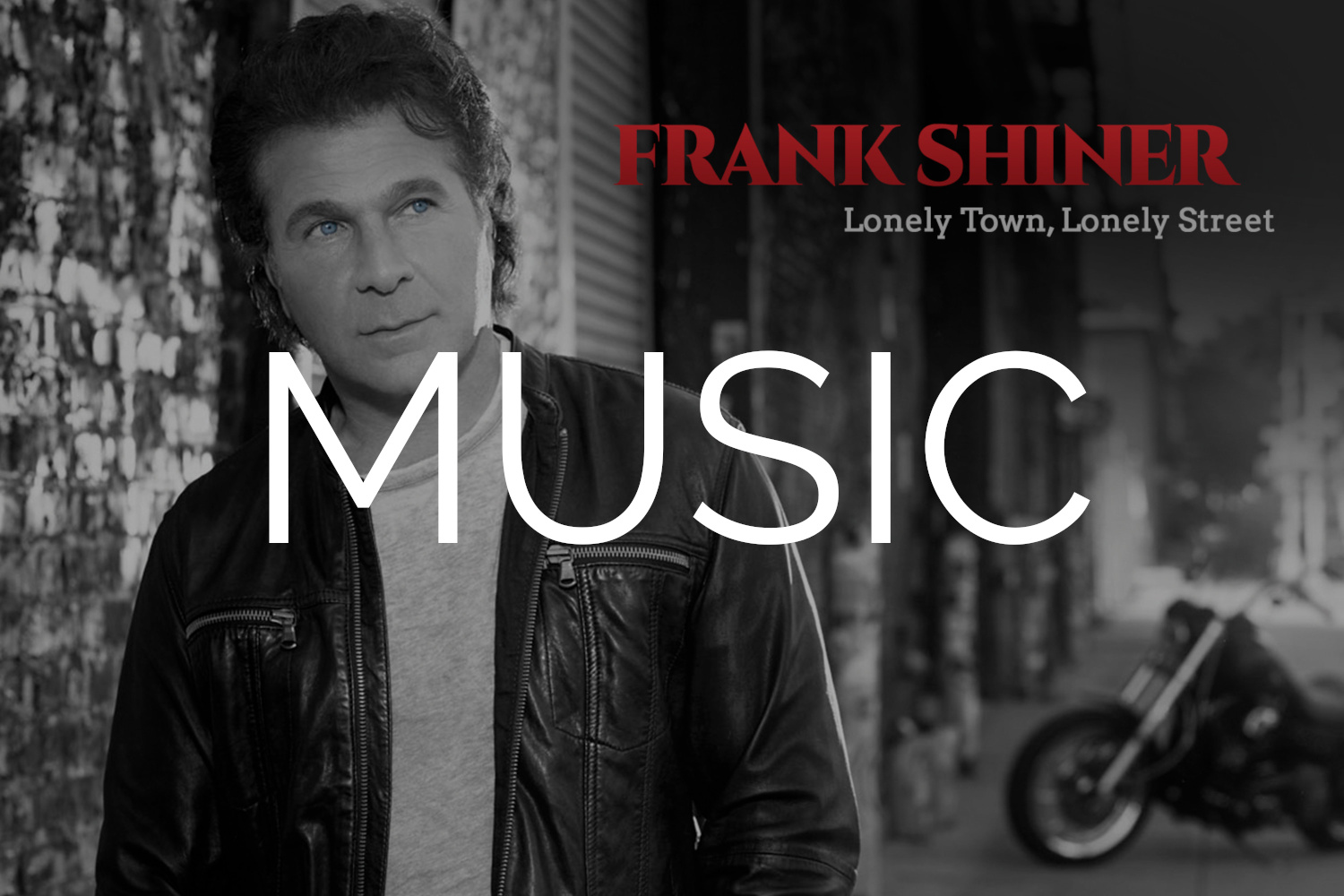 Past and Future Shows 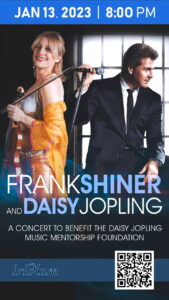 Live at the Iridium in Broadway, NY
A concert to benefit the Daisy Jopling Music Mentorship Foundation 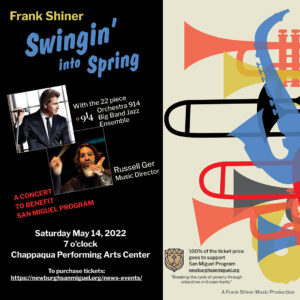 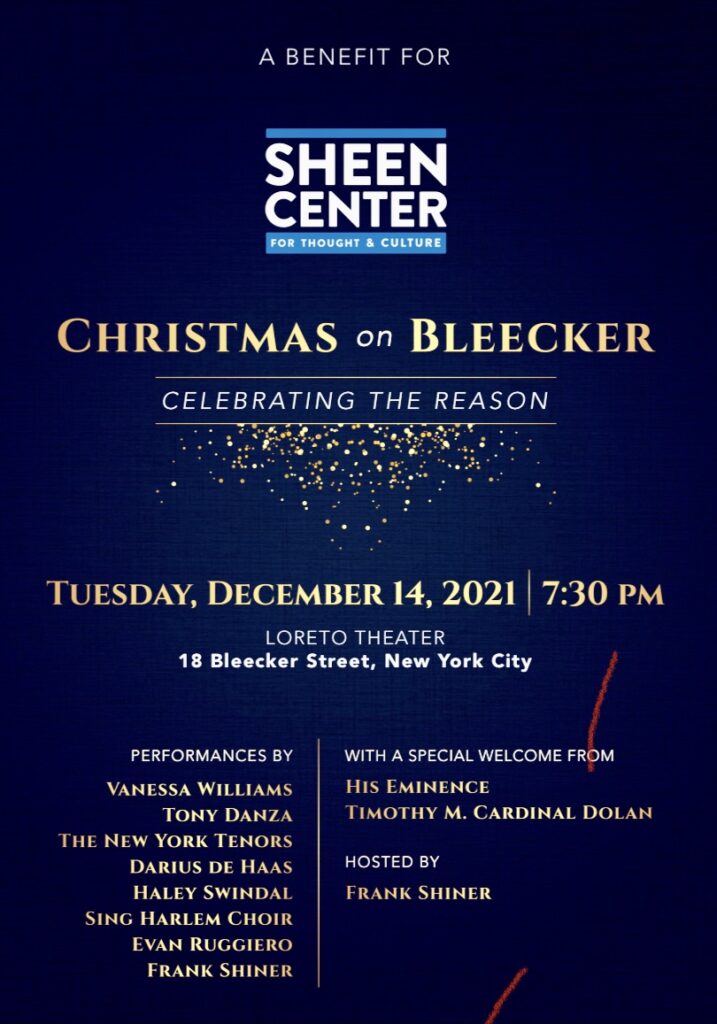 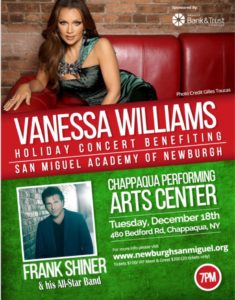 DO NOT MISS THIS CONCERT!

Vanessa Williams and Frank will each be doing
a full set with our own bands and we will also
do a special Holiday duet! It goes for a wonderful
cause which takes at risk boys and puts them
on a 12 year education path of success! 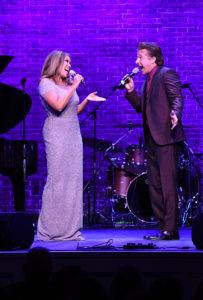 Vanessa Williams & Friends: Thankful for Christmas,” a benefit performance for The Sheen Center for Thought & Culture in Manhattan, took place on Nov. 18. Cardinal Dolan took to the stage to introduce the evening.
Read the Original Article

Frank Shiner has a classic voice that blazes with the swoon-worthy soul of a master.

Lonely Town, Lonely Street is a beautiful album that you’ll want to keep in your collection for years to come. 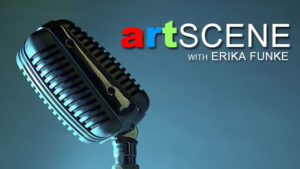 The audience rose for a standing ovation for Shiner cheering for the exuberant and talented singer but also for the future of the all new Chappaqua Performing Arts Center.

THE MAN CAN SING!

Shiner’s style encompasses blues, a touch of jazz and healthy dollops of R&B. He takes all three influences, mashes them up in a musical mixing bowl and then frappes it. The resulting sound is of Jovian potency. And I should add that the sound orbits Shiner’s voice, a superlative tenor asserting its vitality. Yet at the same time, there exists a charming air of simplicity to his vocals. He’s not straining, thereby diluting the intensity of the music. It’s a rich voice, under exquisite lilting control. The Man Can Sing!

Frank Shiner comes out of this song as a performer determined to claim everything he sings as his own and appeal to his potential audience in a wide and broad-based way. It isn’t hard to pull that off when you have pipes like this and artistry to match. Shiner’s voice, despite this being a studio recording, clearly needs no post production trickery to reach its goals. His confident and rich baritone deceptively masks a wide range that allows him to explore moments of great sensitivity and shows a muscular edge at other key points. “Please Come Home for Christmas” is a resounding success.

The true beauty of Frank Shiner’s “Please Come Home for Christmas” comes from his utter fearlessness in claiming the song as his own. Many, fine vocalists have taken turns with this Yuletide classic, but no one in this writer’s memory has ever dispatched this song with the fervent, yet understated, passion that Shiner summons here. This is far more soulful than any rendition of the song you’ve likely heard.

A UNIQUE AND POWERFUL CHRISTMAS CLASSIC

Frank Shiner’s release of the single, “Please Come Home for Christmas”, takes this Christmas standard in a powerful new direction. This is full of the blood and heart of human experience and never takes any pandering short cuts to appeal to its audience. Instead, Frank Shiner emerges from this performance of “Please Come Home for Christmas” as a wonderfully well-rounded performer who understands how to marry his vocals to the musical arrangement for maximum effect and gives us as individualistic of a rendition of this Xmas classics as we are ever likely to hear.

Winner of 2 LA Music Critic Awards:
Best CD by a Male Artist (The Real Me)
Best Song (Feels Like Home)

Frank Shiner sings these songs as if he wrote them. He sings with a maturity and a truth that comes from living and loving deeply and fully.

INTERVIEW WITH WSTC AM STAMFORD

MUSIC WITH A HEART

New York-based vocalist FRANK SHINER has nabbed himself another Top 5 AC record. His song “The Real Me”—the title track off his current album The Real Me—has soared to the #5 spot (FYI: Shiner now becomes the second of two artists to land consecutive Top 5 AC records so far this year). Shiner, who just performed at NYC’s Cutting Room to much acclaim, will be the headline performer on Friday at the 60th annual Fine Arts Fiesta in Wilkes Barre, Pennsylvania.

“THE REAL ME” SOARS TO THE TOP FIVE SLOT

New York-based vocalist Frank Shiner has himself another Top 5 AC record: as his “The Real Me,” the title track off his current album The Real Me, soars to the #5 spot (fyi: Shiner now becomes the second of two artists to land consecutive Top 5 AC records so far this year). Shiner, who just performed at NY’s Cutting Room, to much acclaim, will be the headline performer on Friday, at the 60th Annual Fine Arts Fiesta in Wilkes Barre, Pennsylvania (http://fineartsfiesta.org/).