Musician returns to music scene through illness, stays for love of performing 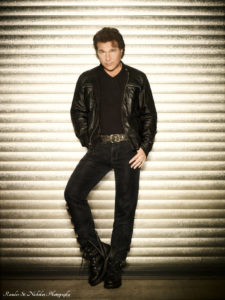 Wilkes-Barre native Frank Shiner may be playing shows in New York City, but that doesn’t mean he has forgotten his roots.

Shiner is promoting his new album “Lonely Town, Lonely Street” and he never gets tired of seeing familiar faces in the crowd. Shiner may have moved to the Big Apple to pursue his dream in music, but his hometown never leaves his side. His high school friends from Bishop Hoban and his friends from King’s College never miss a show.

“They have always made a real effort to come out and see me,” Shiner said. “For the last show at the Cutting Room (in New York City) Joe Malloy, who I went to Bishop Hoban with with… he arranged a bus trip out for a flat fee. He’s doing the same for my next show at Feinstein’s/54 Below on Saturday, July 8.”

Q: How do you feel about how the hometown support?

Frank Shiner: You always feel tied to home in a very good way. It’s not just my friends and family, it’s people that just know you’re from the area, and they seem to light up over it… The media here has just really seemed to embrace the whole hometown boy project.

Q: How did you get involved in music?

FS: I was heavily involved in music in high school and I was a theater major at King’s College. However, when I first went to college I was a goverment and pre-law major. I almost went out of my mind within a month and I knew it wasn’t for me. So, the guidance counselor there told me, ‘follow your heart.’ That was probably the best advice anyone’s ever given me. And I walked right down the hall and I changed my major to theater with Carl Wagner at the theater department and never looked back.

Q: You came back to the music scene about eight years ago, why was that?

FS: I moved to the city and pursued my dream, and I knew that I was supposed to be in theater and music. But, I took a hiatus when I started raising my family because I realized I needed to bring in more money. So, I went into business and then I came back to it. I came back to it through an illness when my wife got diagnosed with triple negative breast cancer. We were coming from chemo and stopped to get a bite to eat at restaurant. They were randomly having an open mic night and my wife really pushed me to go up and sing for her. It wasn’t until she said, ‘Go do this, I’m going through hell and I need this.’ So, I got up and sang. I ended up singing one song, then two songs, then three songs. The band leader offered me a job and three months later after I finally said yes, the rest is history. It is kind of fate that brought it all back.

Q: What do you remember about your first time performing in public?

FS: My first big time was when I played Henry Higgins in “My Fair Lady” on the stage at Bishop Hoban High School. I was absolutely scared to death. It was my first real show that I was in as a senior and I had the lead. I rehearsed the whole summer, but when I heard the anger and felt the energy of the audience. When I heard them laugh when they were supposed to laugh and gasp when they were supposed to gasp; and I realized that they were with me. It was an absolutely incredible feeling. I just knew at that moment that I had to have more of that. I guess I have been reaching for that ever since.

Q: How do choose the songs for your album?

FS: I like to use the word “reinterpretation.” The best compliment I get is when someone comes up to me and says, ‘You know I never really thought about that lyric until I heard you do your version.’ I actually have more passion in reinterpreting a song than I do about writing my own. First and foremost, the lyric has to speak to me. It has to relate to something in my life or something I understand or some emotion that I get. If it doesn’t do that, I pass on the song. Secondly, even if the lyric hits me but there is no opportunity to make it different in someway, then I will pass on it too.

Q: How have you changed as a musician over the years?

FS: I think as you mature and you have life experiences, not just happiness but tragedies, it deepens you as a person and you feel more. I think before I was 30-35 years old, I barely shed a tear. I was worried, asking myself ‘Was I shallow? Why are things not hitting me?’ I think you don’t appreciate life and how delicate it is and how fleeting it is, but as the years go by you start to build an appreciation and feel more and you start to get more passion and more empathy. So, now I feel more. And I don’t care what your art is, when you feel more, it translate to the art. My inner feelings and my heart and soul can freely pour into the music now and it takes on a different character.

Q: What are some of your favorite memories as a musician?

Q: Who has influenced you over the years?

FS: A very difficult question because everybody. People ask what my playlist is or who I listen to and I don’t have one. I go on a streaming service and I put on a genre and I listen to that genre for the day, so literally everybody. The obvious ones are the old time crooners, Sinatra, Bobby Darin, Peter Frampton, Hall & Oates and then Michael Buble and Amy Winehouse. Just everybody because there is always something there that you use somewhere.

Q: What is the biggest challenge as a musician over the years?

FS: The challenge that musicians share with me is that they end up phoning it in. I don’t have that, I am actually too excited. I have to hold myself back. The biggest challenge for me is to keep it calm. Tone it down and let it be.

Q: What are your future goals?

FS: To play more live shows, at least a national tour if not beyond and another album. I am already thinking about what that might be. But really I just want to do more and more live shows because it is such an exciting process and very rewarding.